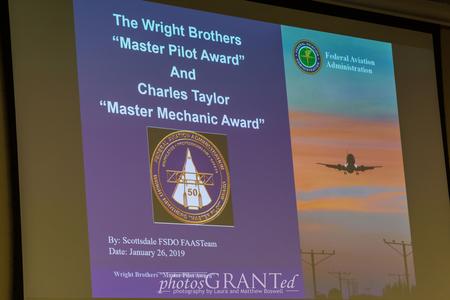 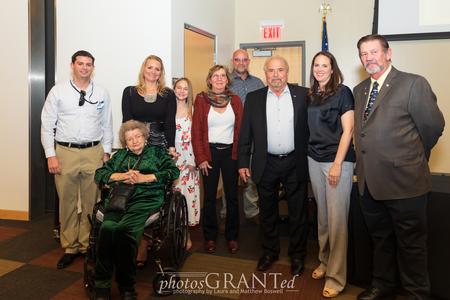 More Photos of the evening can be viewed on ASAG's Facebook Page and the buttons to the right. 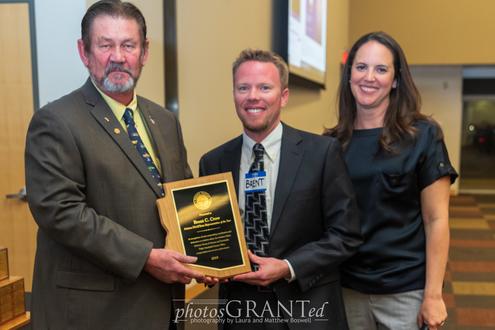 Starting in 2017 the Avionics and Maintenance Technicians were combined into one category.

Airport Safety Award Packages should include:

The Ruth Reinhold Award is presented by the Arizona Pilots Association. 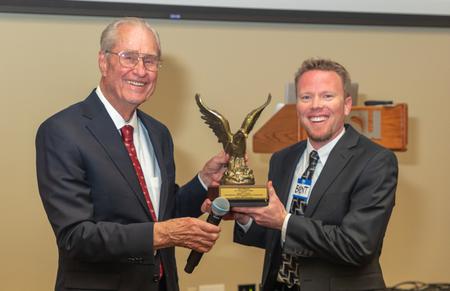 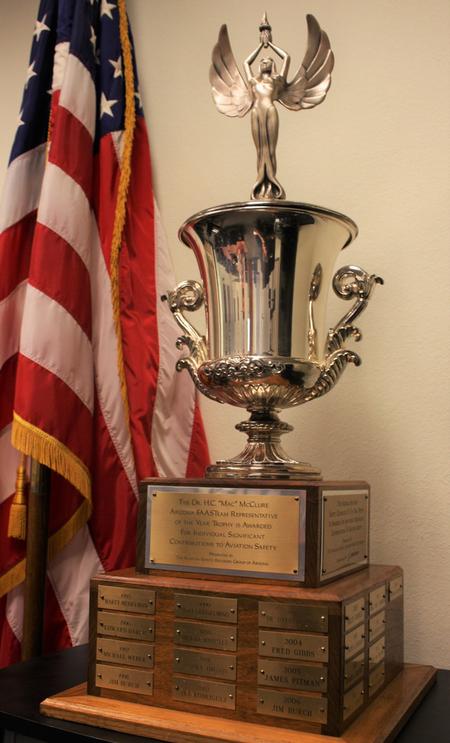 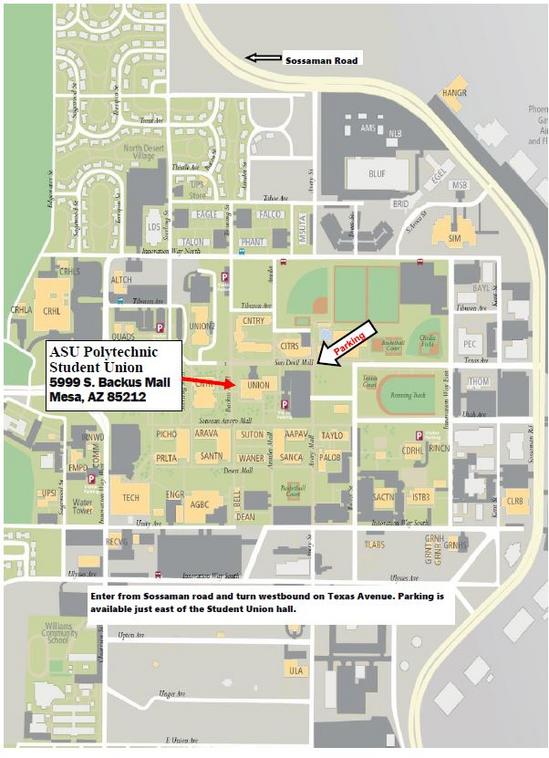 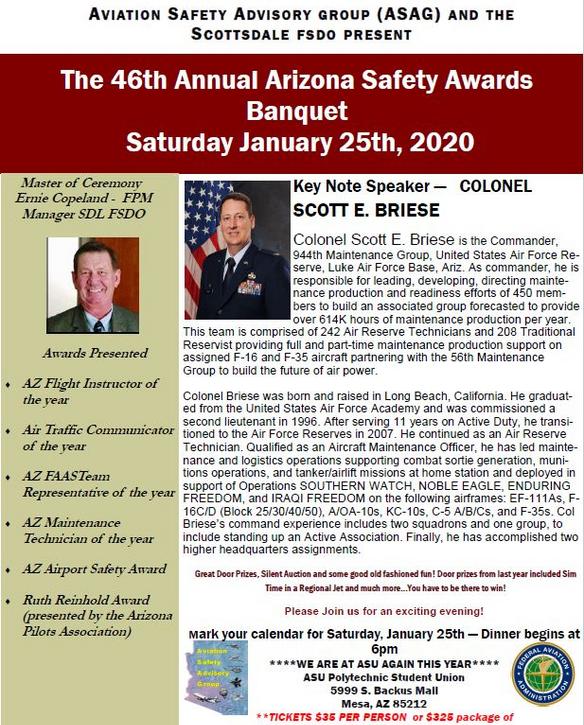 ​​​The 2019 Awards Banquet was a great success.  Thanks to all of the people at ASAG, the Scottsdale FSDO,  the Arizona FAA Safety Team, the Arizona Pilot's Association, ASU Polytechnic Aviation Department, and guest speaker Jonnie VanDerHoeven for a superb evening .   Congratulations to all the winners  and we look forward to seeing everyone at the 2020 Award's Banquet  January 25, 2020.    See the Flyer below for details. 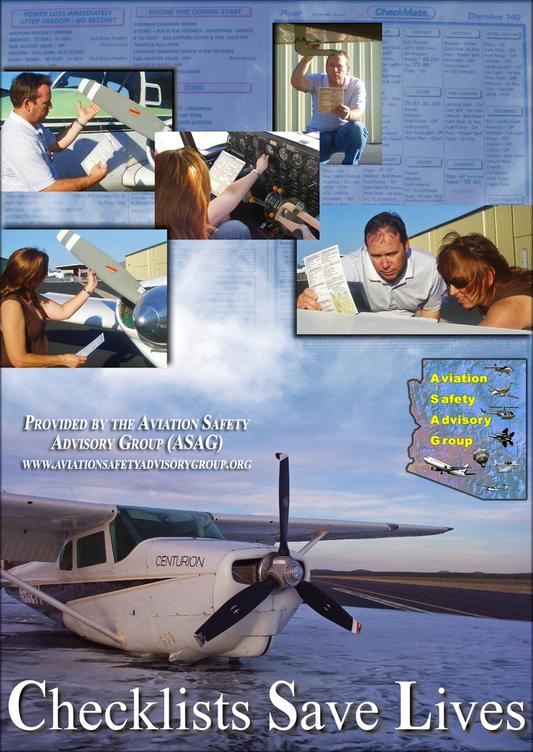 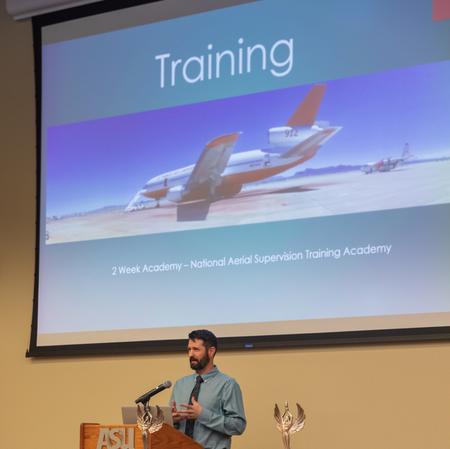 Time has ran out for nominations.   Time to start thinking about the nominations for 2021! 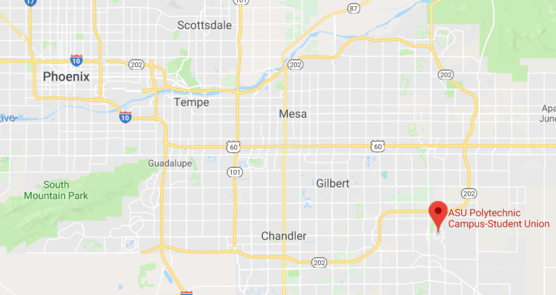 Tim Clark from the Phoenix Police Department Air Support Unit, has asked anyone experiencing a LASER illumination event to email him with the details to help build a database of the events:  Timothy.Clark@phoenix.gov.  All submittals will be kept confidential.

ATC Communicator of the Year 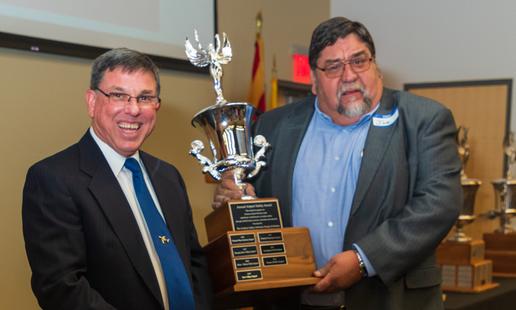